Wait, what happened to the holiday food posts?! 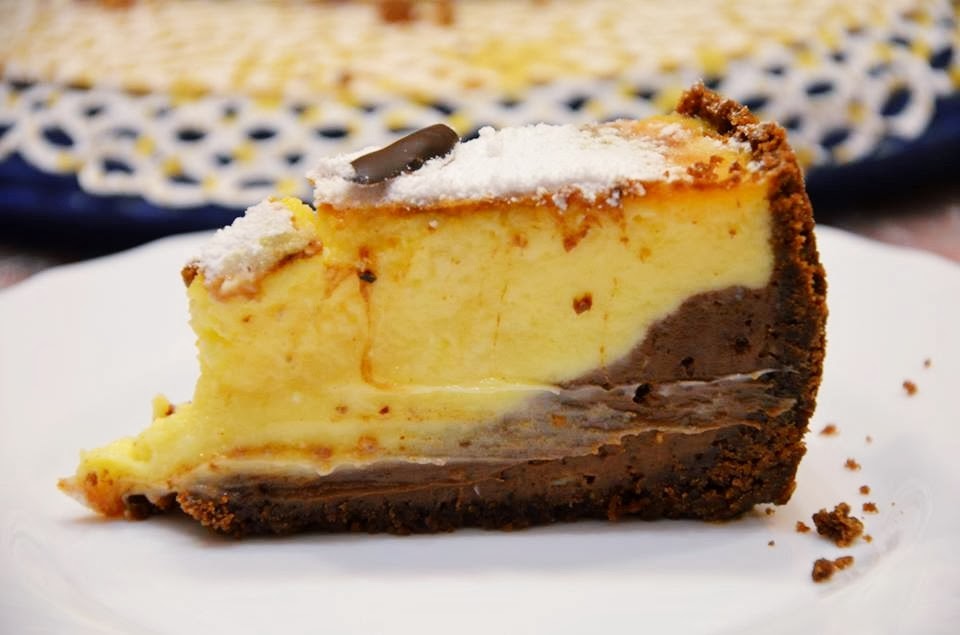 10 kg hand baggage happened, and the fact that I didnt have space for my camera. Back at home my parents dont have one, so I couldnt take any photos about the foods and sweets I made during the holidays.
BUT for New Years Eve, I went to my cousins' house and they HAD ONE. I mean a camera. So some photos were taken of the great cheesecake I made for that night.

Cheesecakes have became popular in Hungary only a few years ago, and the reason for that is very simple: we didnt have soft creme cheese in the supermarkets before! Ridicolous, isnt it? We had some, but they were more like a spreadable thingy you use to put in sandwiches etc. I remember, some years ago I read in a cookbook that the writer brought entire New York cheesecakes home in her hand luggage from the US, because she just couldnt get the ingredients at home.

We do have Philadelphia creme cheese now, but they are incredibly expensive. And we know that for a cheesecake, you do not need one package, but at least three. I read many recipes on the internet using a little bit of creme cheese, and substituting the rest with sour cream. I'll try it once, but I am sure it isnt the same.
So I wanted a massive cheesecake for 8 people, found the perfect recipe on call-me-cupcake, but didnt really want to buy 600 g Philadelphia. So I used mascarpone since we had it at home (it was on sale somewhere, otherwise I do not think it would be THAT much cheaper). I was a bit worried, but it came out perfect. I created a bit simpler version of Linda's recipe.

One thing did not really work out for me: you supposed put the chocolate cheese layer first, then the plain one. How should it work out: put the brown layer, then slowly and carefuly spoon the white on it. How it worked out for me: I put the brown layer, then literally poured the rest on it. The result is a slightly weird-looking, shakey-wave pattern. Nobody complained, but next time I will be careful. 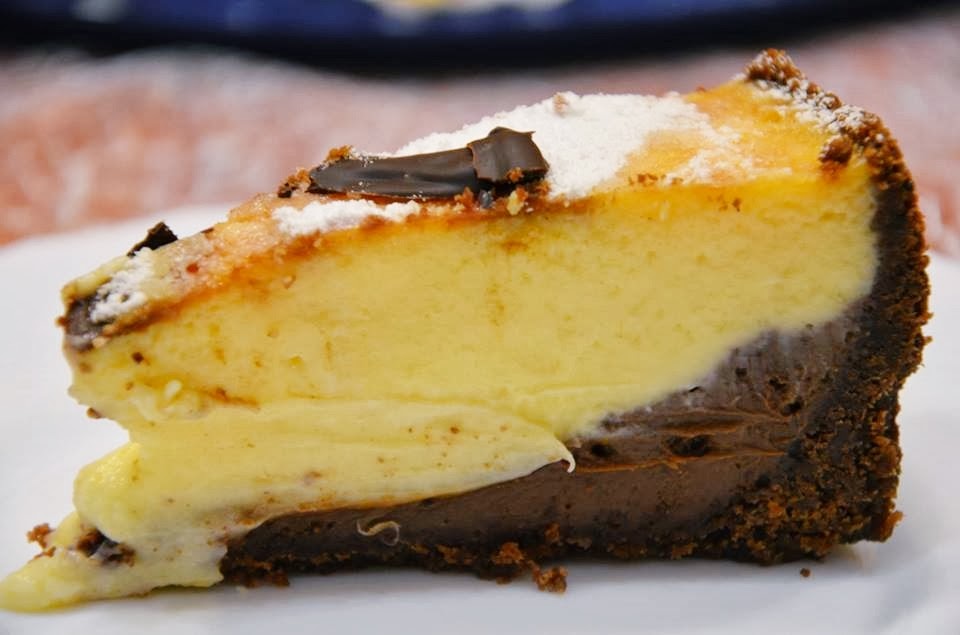 Grind oreos in a food grinder, then mix it with melted butter. Cover the bottom and the sides of a greased springform with the mixture. It is a bit tricky to do it on the sides, but if you are patient and careful, it works out. Put the form in the fridge while you prepare the filling. Preheat the oven to 160 C.
Boil water in a saucepan, and place an other one on top. Mix the condensed milk and cream cheese until smooth. Add sugar, lemon juice and vanilla extract. Add the eggs carefully: mix constantly with one hand while you add the egg with the other one, so it will not be cooked in the hot filling. Melt chocolate above the water bath and mix it with the 1/3 of the cheesecake batter.
Put the springform in an other big pan. Spoon the chocolate cheese batter first, then spoon the rest of the cheese batter on top. Boil water in a kettle, and pour it in the larger pan, around the springform, the water should reach halfway up the sides.
Bake for an 1 hour then let cool completely to serve.

this time, the photos were taken by Dorotea Engel, my lovely cousin.
Posted by Chloé de Jonge at 19:00