As I mentioned before, this nearly two months in England is not about cooking - I cooked for the children once, and sometimes I bake something, if they are out.
But, on thursday evening, they packed the whole family, and went to Somerset, West-England, and did not come back until saturday afternoon (when I actually was on the High street of Oxford)
I had the house for a whole friday the thirteen day. I made pancakes in the morning, and after I tidied up and cleaned the house, I had a late-afternoon lunch: quiche, based on the recipe of Bede Anna. 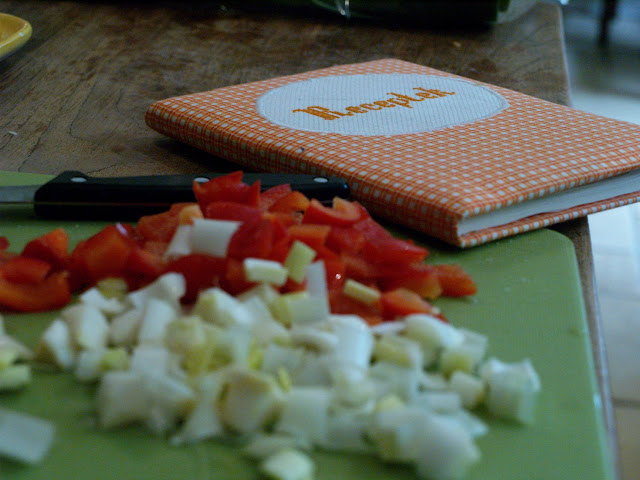 That was not my first quiche ever, I have already made, at Easter, it was not bad, but my dad did not really like it, and it invalidates every previous positive comments.
That one was made based on a hungarian gastro magasine, and the pastry was the guilty - actually I did not understood that time either, why shall I put sausagefat in... Okay, the point is that, I started it with new force. 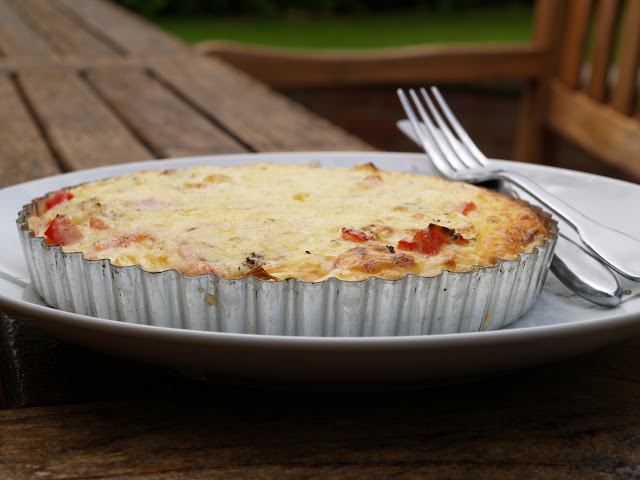 Originally, this recipe is for four little forms - I only needed one, so I divided the ingredients. I did not have asparagus, the filling was mixed peas, leek and californian pepper. The sauce was not really in proportion, because there are not any electronical kitchen balance in this house, and on the traditional one, it is a bit tricky to mete 25 grams... I used cheddar, what I mixed with the sauce, I have no idea why - I should have put it on the top.. 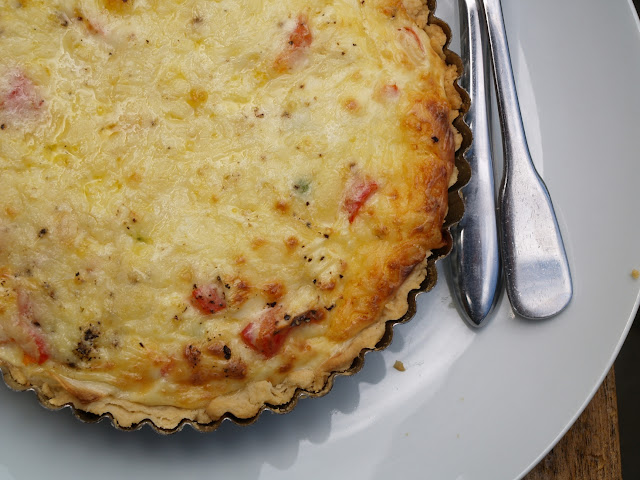 Crumb the butter in the flour, and when it is homogenic crumb, add salt and some (about 1-2 ts.) water. Knead the pastry, and put in the fridge for 30 minutes. Butter a small casserole form, roll the pastry, put and push it in. Put in the fridge for another 30 minutes.
Gray with a fork, cover with baking beans, and bake on 200 degrees for 10 minutes. Remove the beans, and put it back for another 5 minutes.

Slice the vegetables, and put them on the baked pastry. Mix everything for the sauce, and cover the vegetables with it. Sprinkle with the grated cheese.
Bake for 30 minutes, on 180 degrees. 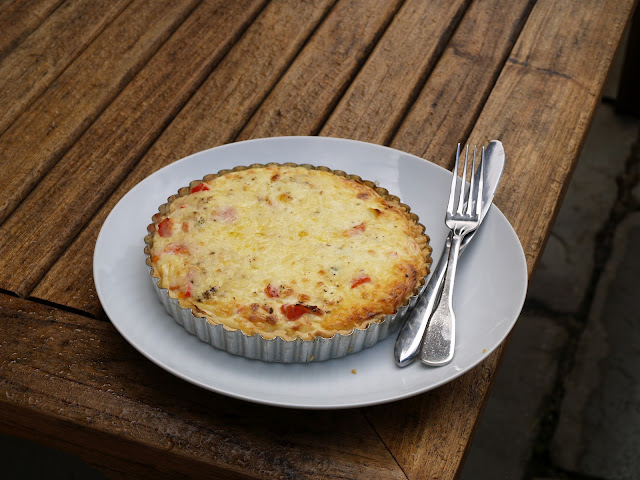