A Pie In Wonderland

Fruit pies are my favourite at the moment! Honestly, I realized that I have never really had a 'to-go' recipe. If I want to surprise someone, I bake a cake, you know, with multiple layers and frosting and stuff, but let's be honest, that's not really the "we need something right now" category. Of course I am far from professional, and I'm sure that other hobby-bakers have much more experience with cakes, but I dare to say that most of us (the hobby-bakers) don't have 3 identical springforms. We have one each. Take it out, wash, re-grease, put another third of the batter, that'show it goes.
Six hours later (that's my normal time) we have the prettiest cake and the ugliest kitchen in the world, but of course we get the 'ho and has', so of course it was worth it. 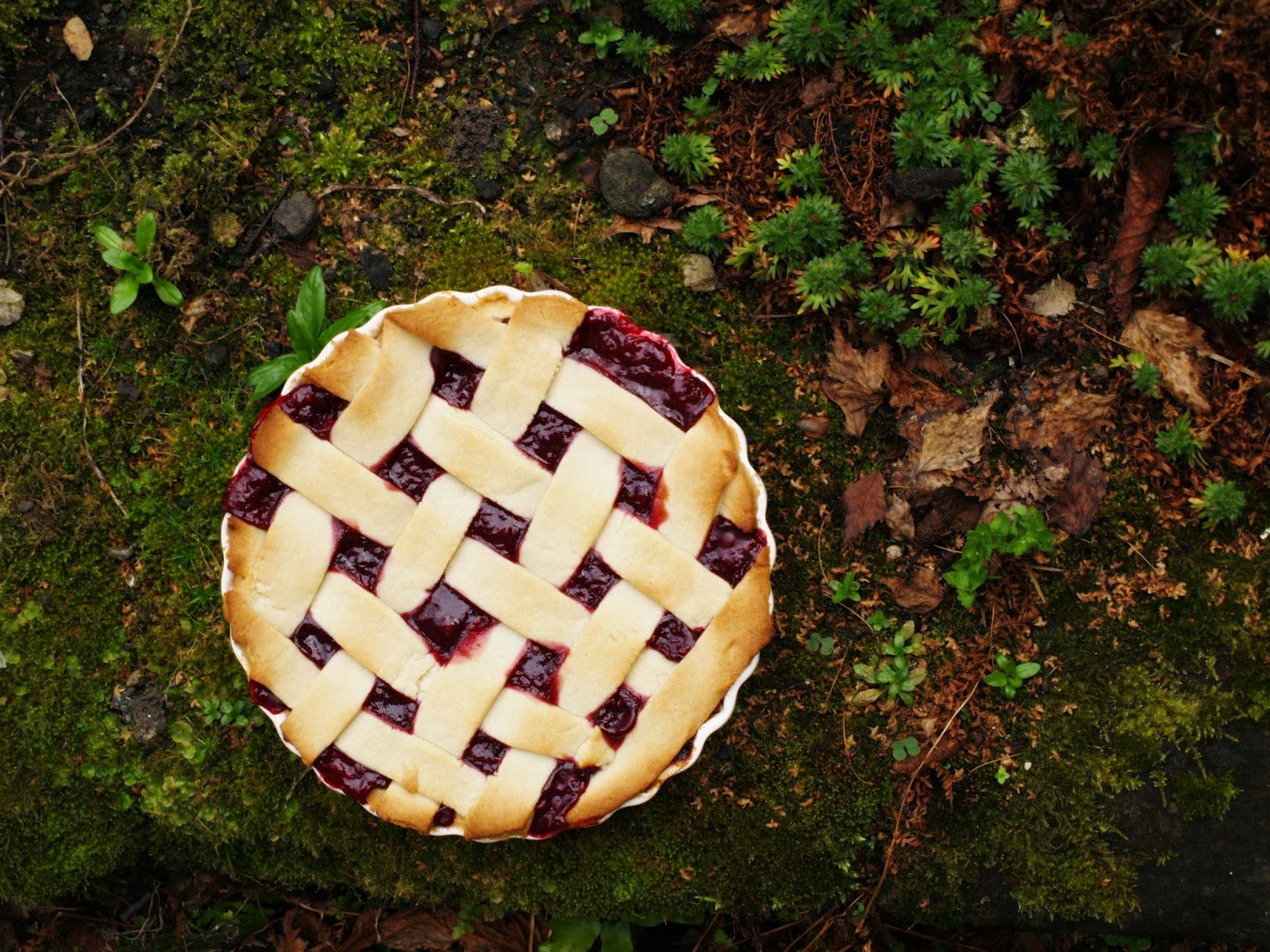 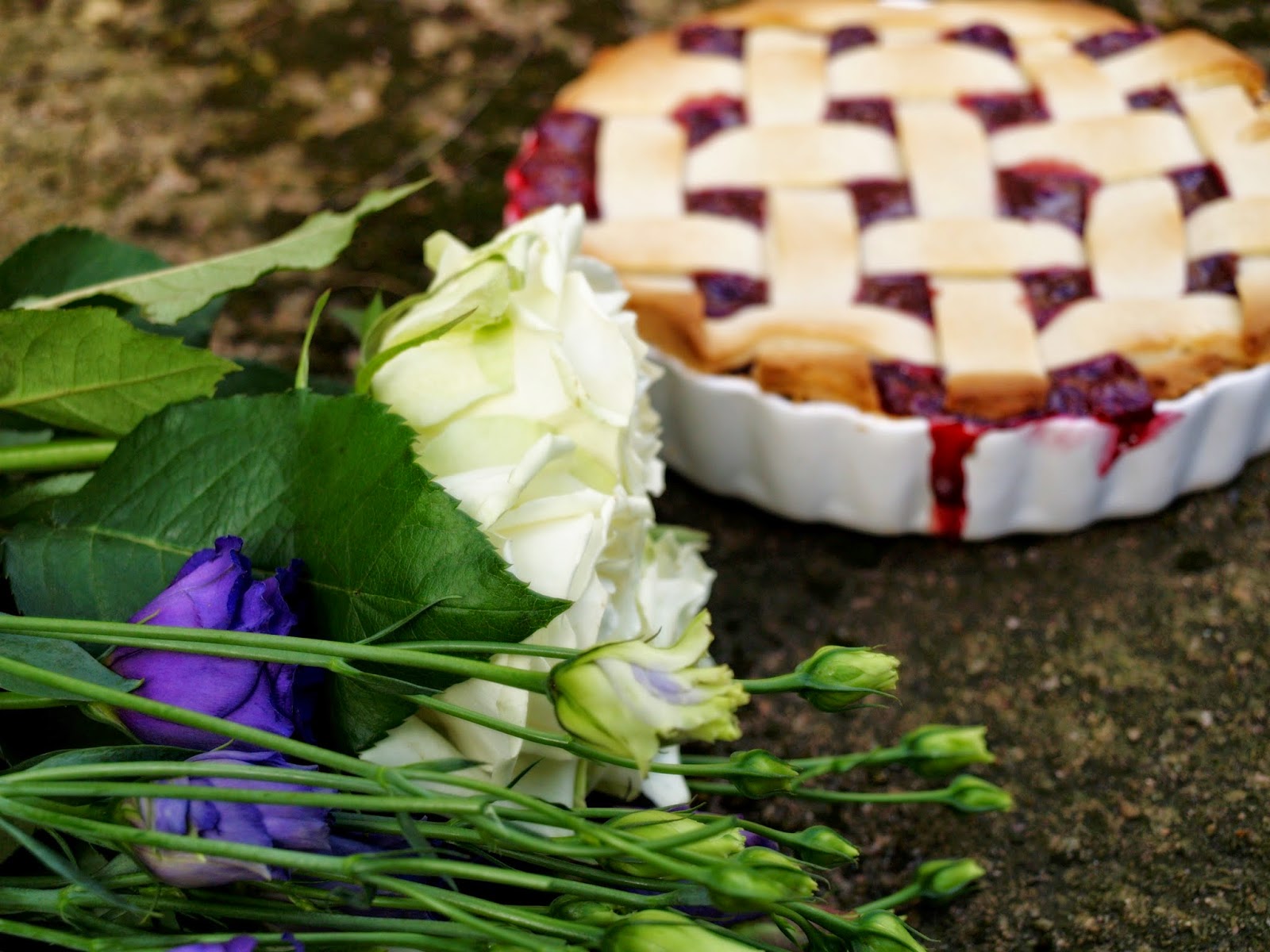 But now I'm talking about the times when we don't have a day in the kitchen, we don't want the oven go for hours and we want something very pretty to finally prove to the grumpy auntie that we are over the mac'n'cheese phase. (I actually don't have any of those. The grumpy aunties I mean.) 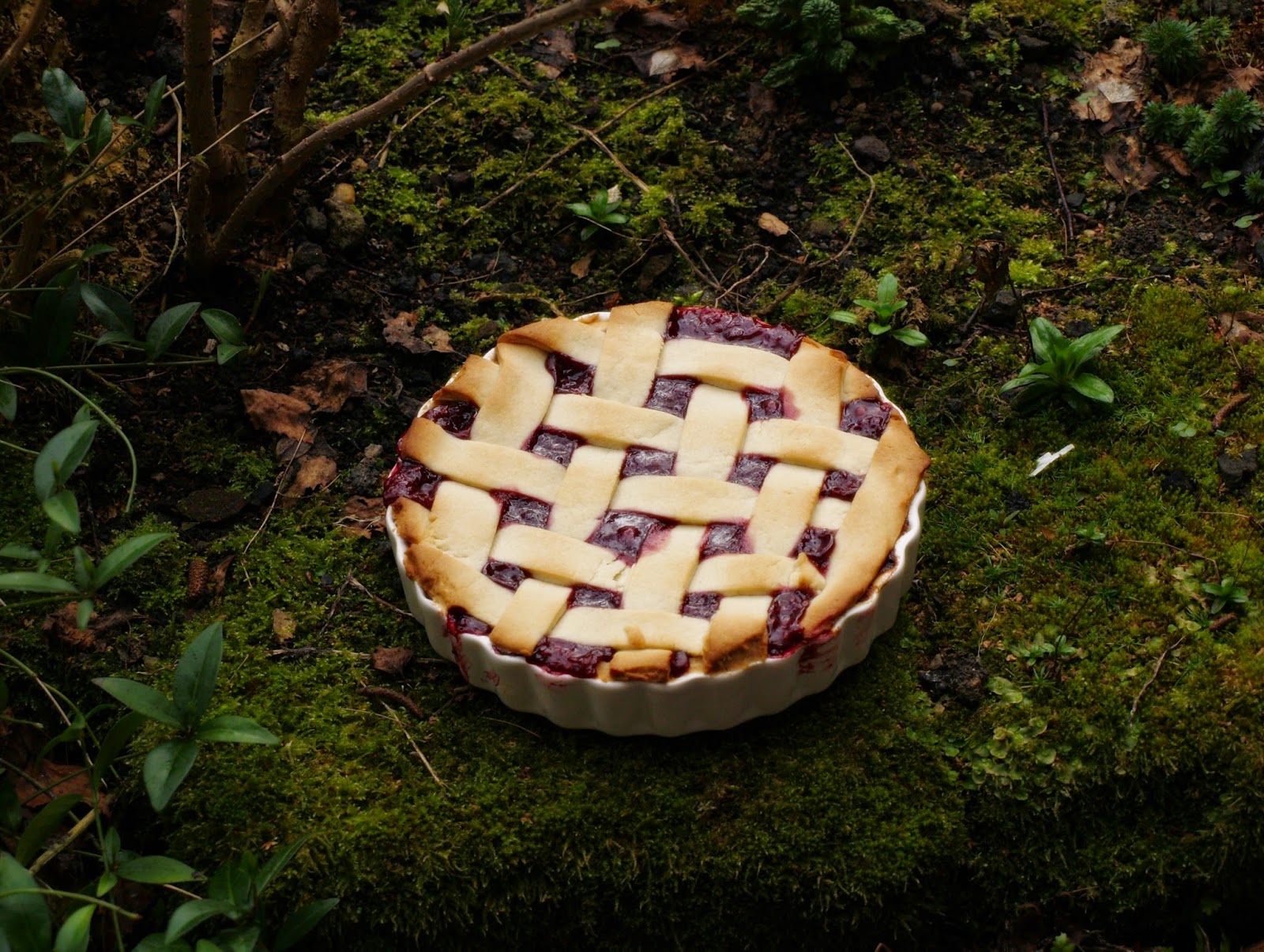 What looks a bit tricky but also impressive on the pie is the lattice on the top. Well, I had multiple attempts on making it one down-one up, but no success. The problem was that I was trying to put the stripes of dough directly on the filling, so basically what was put there, stayed forever. Since then, I realised (oookay, I've seen in the Bake Off, are you happy?!) that it's better to do it in advance, on a sheet of baking paper, then carefully slip it on the pie.
Slip it, yeah. Well, those who are not chickens like me, go ahead and slip it (you basically release the lattice from the baking paper starting at one side of the pie), I will flip. 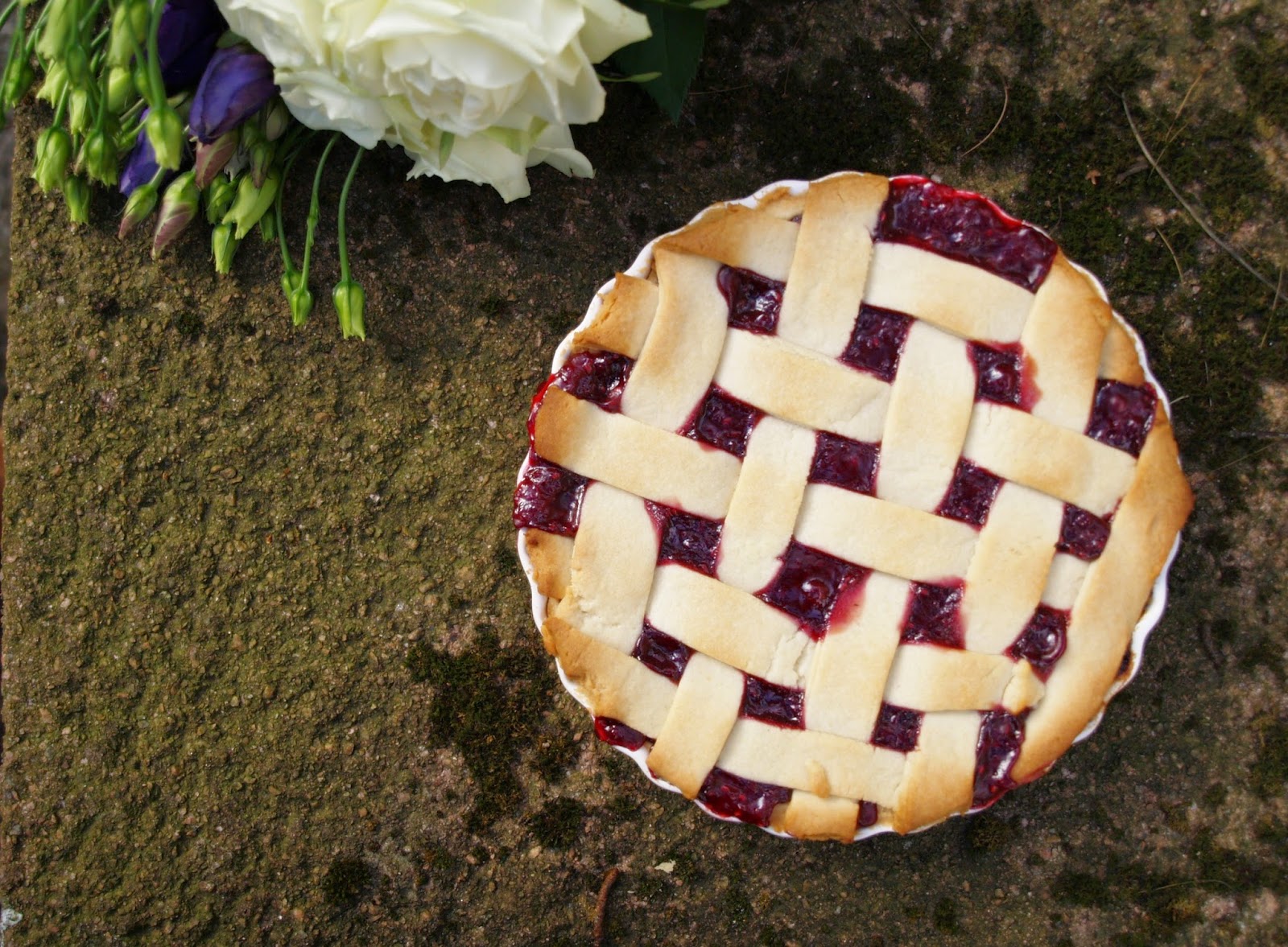 Yeah I know, flipping sounds a million times more risky. I honestly think I'm doing it because it's quick and I normally mess up things with overstressing and doing it too slowly. With a flip, you take a deep breath and do it. So what I basically do is that I press the dough-stripes slightly onto the baking paper, then hold the thing up with one palm, with the other palm on top of the lattice, flip it above the pie and quickly remove my hand. It is actually a lot easier than how it sounds. 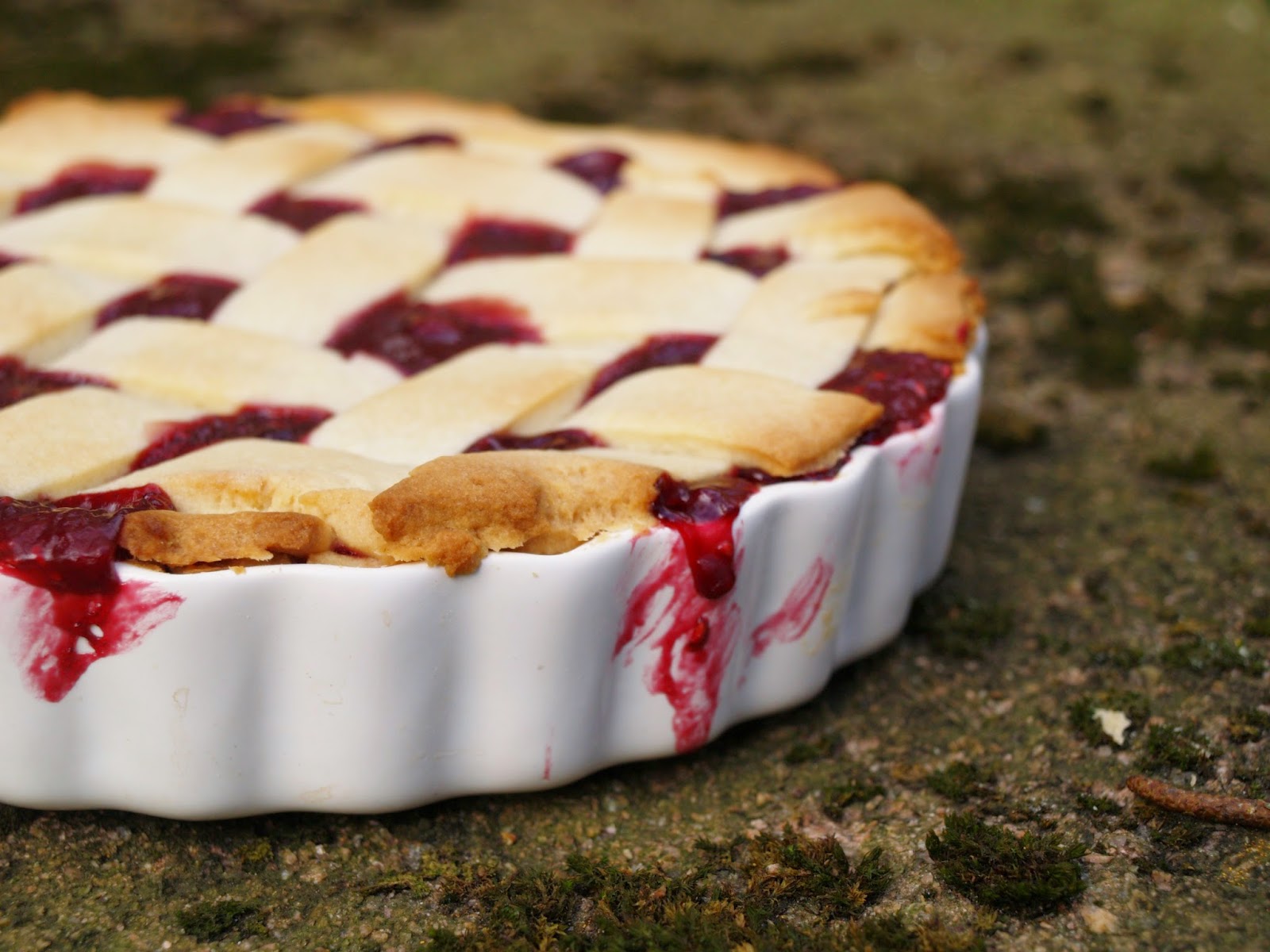 I actually sort-of made this pie before, with mulberries. It's the same idea, but different fruit and a more classic pie crust.

On the photos, you can see a mini pie, but here I'm giving the recipe for the big one, as it is more likely you gonna use that. If you want to make half the size as I did, half the measurements.

Sift the flour and icing sugar together. Rub the butter into the flour with your hands. When it's all crumbly, add a splash of ice water and as quickly as possible, form it into a dough. Put it in the fridge for 20 minutes. Preheat the oven for 175 C.
In a saucepan, slowly bring the fruit and sugar into a boil, and incorporate the custard powder and cornflour with the water. Add this into the fruit mixture after it's been cooking for five minutes. Constantly stirring, simmer until it thickens up (around 5 minutes). Set aside.

Divide the dough into two parts, leaving one slightly bigger than the other. Roll out the bigger part into a circle and place it into your pie case. Even the edges and make some nice patterns on the side with a fork.
Put a sheet of baking paper on the raw dough, and put some baking beans or rice on it. Put into the oven. After eight minutes, remove the beans/rice and put the case back in the oven for another 5 minutes. Until it bakes, prepare the lattice for the top of the pie on a baking sheet. For a nicer outcome, use a pizza cutter.
When the case is baked, put the filling in it, then flip/slip the lattice as well. Bake for 25 minutes or until the filling starts to act like lava! That's what happened with my one, that's why it looks so messy.

For serving, wait until it's cooled down. 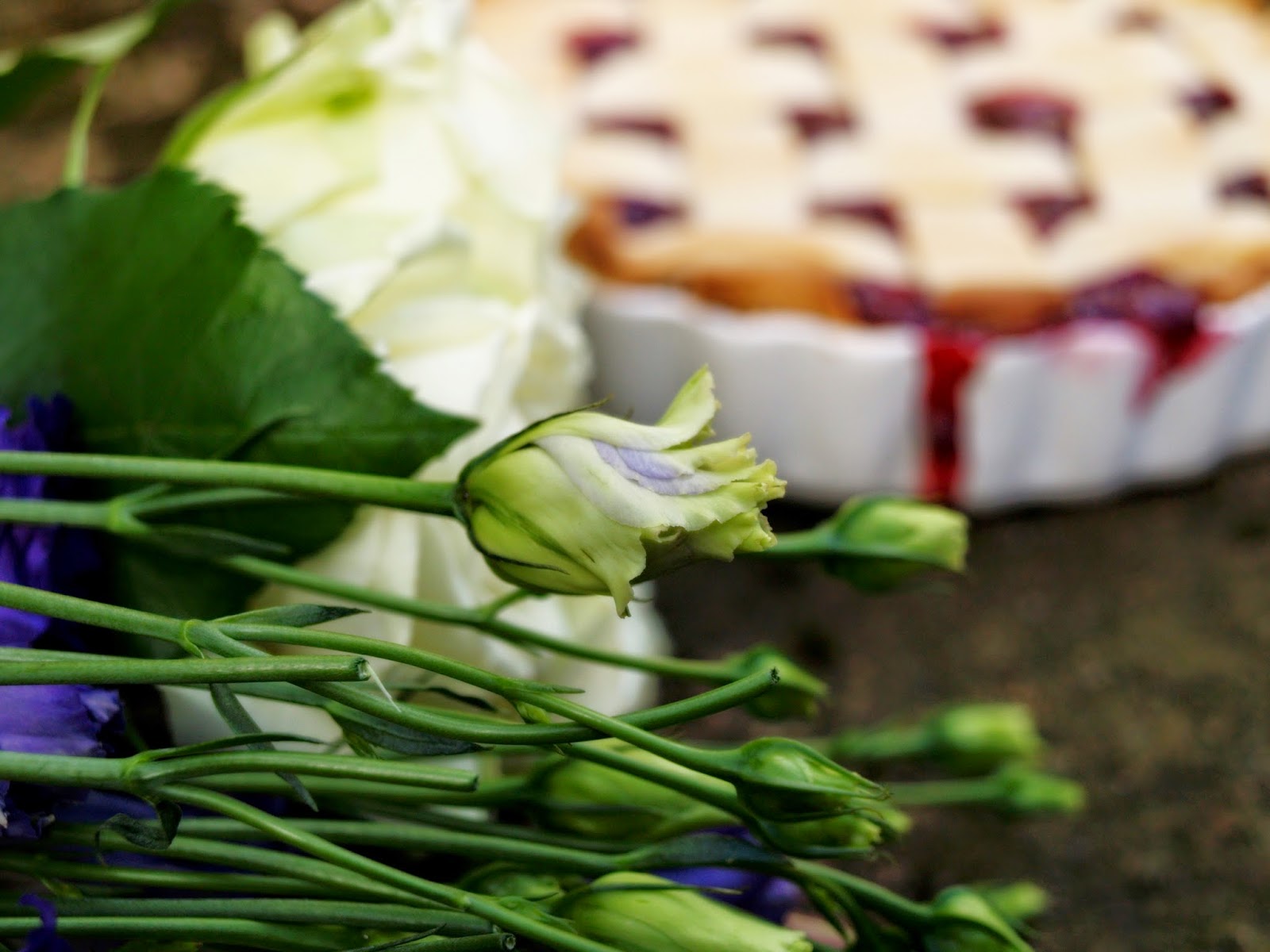 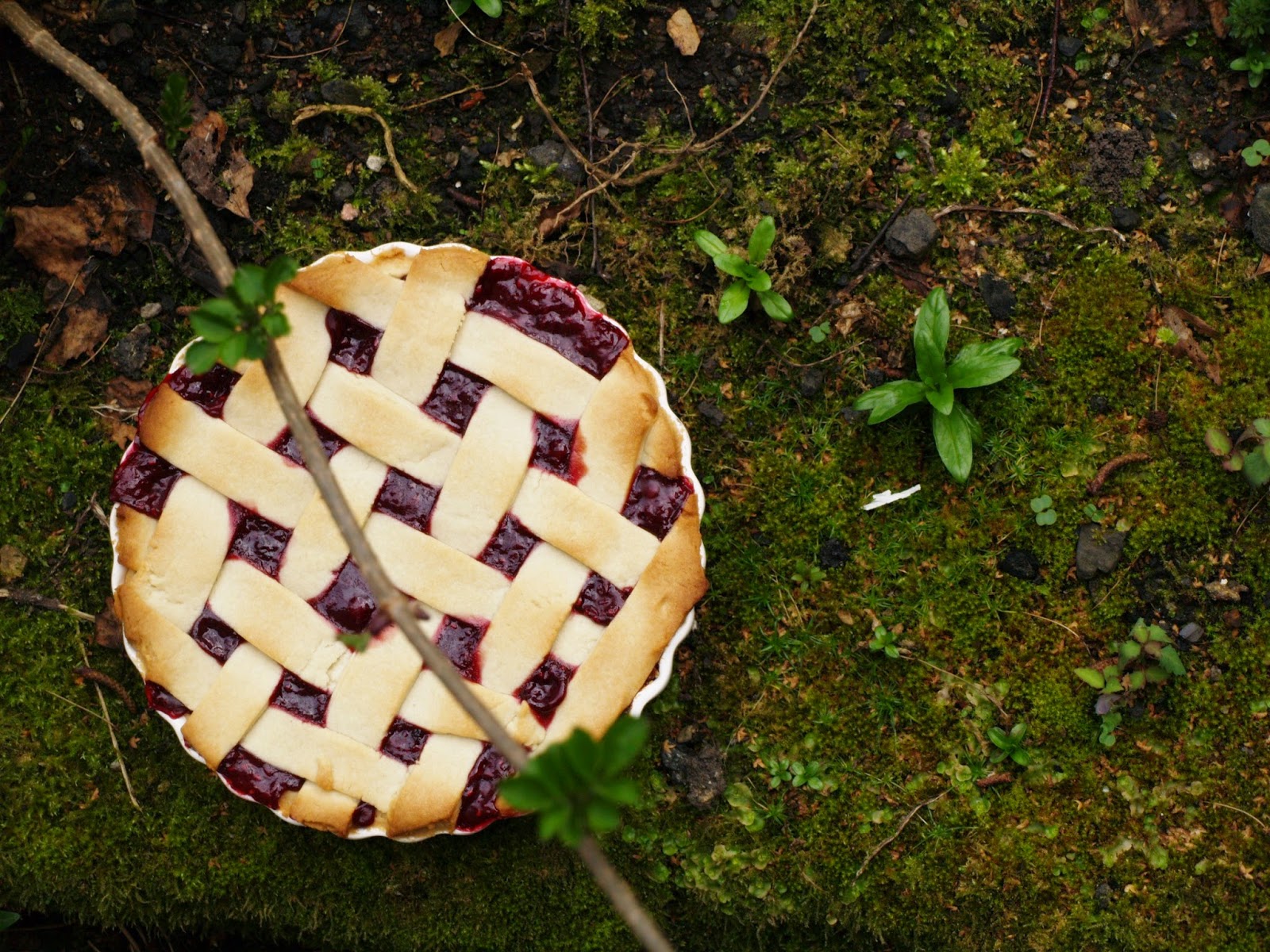